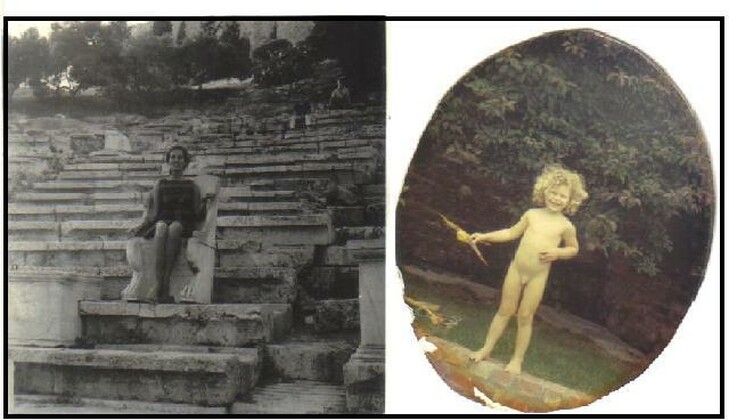 NOTA BENE :   Will a READER call at Udevalla & see if they are very big fat people who gorge & drink heavily as they did in 76-77 AD when GAIUS (Redemptio) took his well born ITALIAN WIFE to a family wedding - line of his father & Uncle :    He SAILED AWAY after 2 weeks - regarded them as unsavoury -

… sailed in to Britain, Thames River,  with is Cousin son of his Uncle - they had been with the ROMAN ARMY in PALESTINE & came upon a Religion called MITHRAS :   77 AD at LONDINIUM, they just recovering from meeting BOADICEA (Boudicca) in 61 AD …  `Gaius` has good connexions & creates a JOB `interviewing ships sailing in - make sure they are genuine Traders - this develops - he has a stony Island perhaps about GRAVESEND and later a house outside the walls of LONDINIUM

:    He sells the Island and retires to DUNWICH Suffolk buying land - but appears to keep some ROMAN EMPIRE employment :     A son or grandson has his family history c 100 AD in his LIFEBOOK - he was late back from the Continent - had to pull in at what is going to be PORTSMOUTH Harbour … did not like the company … found 5 orphans shivering under a sail and in a scooped out mud cave … HE PULLED OUT SILENTLY, with them & two or three trusted old hands … they risked winter seas and got home to DUNWICH :    And if he had not we the RANSOM line would not be here upon the planet :

MORE WAS PROMISED FROM THESE CANADIAN SCHOLARS … that was in January 1960 - I HEARD NO MORE - LIFE BECAME VIOLENT AGAIN at us the RANSOM families, and to ANDRE MALRAUX legal GUARDIAN his sons ages 21 & 18 killed in the usual type of car accidents that JIM & LINDSAY-Lindsey have been organising since early 1920s = TO THREATEN AND LAY HANDS ON MONIES :

1960 the GENOCIDE continued on ALL LINES connected to us who knew of the GROTE HOMES FOR CHILDREN … the massacre of such savagery those who saw the hacked children could not speak upon it … they showed photos … wrote eye witness accounts = my father & helpers restoring the ESTATE from 1945 advised them SAY NOT A WORD or YOU & your FAMILIES WILL BE PERSECUTED, HUNTED & SLAIN TOO when these IMPERIAL MONSTERS have learned ALL THAT YOU KNOW & WHO ELSE HAS THIS KNOWLEDGE  :

IMPERIAL GLITZ had ARISTOCRAT BLITZ to sail the British Ship of State under the JOLLY ROGER FLAG - SKULL & CROSSBONES :   MEANWHILE they tripped to WAR MEMORIALS & spoke upon GOD … (  forgetting other good GODS who did not go in for GENOCIDE … there was a world outside the BRITISH EMPIRE COMMONWEALTH …)

VAST AREAS OF OUR RANSOM LANDS TAKEN SOLD OFF TRASHED … RENTED OUT … THE NATIONS HAD TO SEND CHEAP WORK FORCES TO BRITAIN et al …
OUR BANKS around the globe were emptied under the authority of the BRITISH CROWN     … Oh a woman with a crown said she had been given all these GROTE HOMES when she was 10 years old - OF COURSE SHE HAD ORDERED THEM EMPTIED OF APES AND ESKIMOS - the LANDS SOLD & the MONEYS GIVEN TO SHE… her in-laws & family of her husband a Duke HAD GREAT DEBTS … (records are about the globe)  :

But the Aristocratic SCUM of SCOTLAND NORWAY DENMARK etc had decided these children educating to 18-22 years and on in the SCIENCES, HUMANISM,  were in the way of the BRITISH GOVERNMENT & EMPIRE COMMONWEALTH … And Oh Oh my !  OH … they were, or must be,  diseased :

Nota bene :    ANGELA caught syphilis & it was recognised by doctors early 1930s - or she might have produced a SON :   there was no cure for syphilis until the 2nd World War - It bounced about the Upper Classes & they would perhaps show signs of coming & going MADNESS :   It was a terrible disease - the history of it is very interesting :
It is not evident in bones unearthed POMPEII 79 AD Earthquake - it appears Northumberland Medieval times :
No doubt 2013 more has been added to this Historical Research :    But we must continue with accurate records of the DEMOLITION of good families & their GROTE RANSOM worldwide ESTATE :    So that Imperial GLITZ could be jazzy-trendy life style & go shopping about the globe & more and more accumulating by MOONLIGHT awesome VIOLENT KUDOS to prop up their vast ignorance :     FIGURES FROM A MORGUE multiplied & their RAMPARTS dependant upon them rose higher :    READERS will find similarities in our RANSOM HISTORIES to TOLKIEN  Works as he climbs in understanding with his years =  He is writing of GOOD and EVIL especially in his little book  ` THE LORD of the RING`  :


( … c 1960 later a word “ GENOCIDE ”   is invented to try explain OUTBREAKS OF SAVAGERY :    especially those with the BIG BOOTS presence of SCOTS-BRITISH ARISTOCRATS doped with their illegal crop of PURPLE PLUM … They are braying WESTMINSTER of their problem of a TOTTERING BRITISH EMPIRE  :   It is only propped up by `3 Broads & a Greek` & their ramparts :   /this quote is from their half CHINESE-SCOTS PIMP killer who works by MOONLIGHT for them :   He JIMMIE JONG then Sir James then LORD of the GARTERS JIMMIE JAMES the ex-VICE PORN STEWARD of WHITES GENTS CLUB St James 1953-=1959 January = HANDS OVER CLUB FINANCES May `1970 :   (RECORDS from several sources :   including a victim BOYD ALEXANDER … others on death lists if they could spake )

…  Eldest son JIMMIE meets ANGELA 1912 & by 1920s is a cunning MAD gnome-pixie tormenting my GORDON families from 1919 :     He is Mr Pong Jong the  PIMP around me from the Christmas 1932 before my birth  :    with ANGELA now a Duchess  ( issue 2 girls Elizabeth & Princess Meg)  he & she are urging old Private Races Jockey  (she won for them )   TERESA GORDON ( married F.J. Ransom 1932)   to ABORT ME first child because they tell her she is going to give BIRTH TO AN APE  (  close ancestry of HIGH INCA & many other ancient blood lines including WEDDELL FROBISHER RANSOM seafaring families of good background & law abiding )  :    JIM from 1923 plays role to IMPERIAL BRITISH FIGURES of `Puck-Page-Fawn & British Empire messenger & SPY on lands outside it especially the rich SOUTH AMERICAN continent & PARTS of ASIA not trampled upon by BRITISH ARISTOCRATS BIG BOOKS & IMPERIAL INLAWS over in SCANDINAVIA … even some skulking in leaky SCHLOSS in Greater GERMANIA :   `

INTRODUCTION TO JIMMIE JONG  is in `scaffolding`  `1937 SUMMER etc www.greta-ransom.com.  down the decades of 20th century =  CRIMINALLY INSANE & DANGEROUS he intends to be KUBLA KHAN & REGAIN CHINA or at least NANKIN family lands :  These he sold off in his teens although the last of these lands belonged to a Chinese Aunt  :   he lost the family NANJING lands gambling in SHANGHAI late 19teens - early 1920s BACK PACKING with his chum ANGELA A DUCHESS - they can swing hammocks in any BRITISH DIPLOMATIC `SCREW`  THE NEWSPAPERS MORE AND MORE ARE TELLING THE WORLD OF THE DIVINITY OF EUROPEAN FIGURES WITH CROWNS :   LEOPOLD of the CONGO    et al :

NB:  `THERE IS NO LOYALTY AMONGST THIEVES` … this lot should be nailed to big doors and poked with STICKS until they confess … THEY CAN THEN HEDGE & ditch about the poorest nations of the globe - on CHAINS :    I BY CHANCE LIVE :   to write for THE UNIVERSE TRUE HISTORY … DEUS VULT !    )